Connecting First Parish Bedford with
Transylvania since 1994,
the Philippines since 2004,
and the Khasi Hills

The purpose of the Partner Church Committee is to support the relationship between First Parish in Bedford and our partner church in Abasfalva, Transylvania (Romania) and to partner with other Unitarians and Universalists around the world. The committee actively supports First Parish’s membership in the Abasfalva Association (comprised of the Unitarian church in Abasfalva, the Landowner’s Association in the village, and First Parish in Bedford), and in the Unitarian Universalist Partner Church Council which promotes connecting Unitarian and Universalist congregations around the world.

Join us to keep Partnership strong!

Many hands make light work of all that keeps Partner Church going! We welcome your help with short-term or long-term tasks. If you are interested in traveling to Abasfalva or North East India or the Philippines, contact Ron Cordes (rcordes@teamflow.com), Sarah Dorer (sdorer@aol.com), or Rich Daugherty (richdaugh@aol.com). Or…come and join us for one of our regular meetings at church on the second Thursday of each month (except summer) and learn about our friends and partners around the world!

The youth of our congregation sponsor Karlisle Isobel Piera, a member of the UU Dumaguete Fellowship in the Philippines, so that she can attend school. The sponsorship is through a program of the UU Partner Church Council, and we have sponsored her since first grade. She’s nearly done with high school! Our intention is to sponsor her through graduation, with the hope that we may help Karlisle attend college in the future. Each year the First Parish Bedford UU kids send letters and pictures of themselves to Karlisle and in return she sends us letters, pictures…and her report cards! Karlisle and our children are growing up together and maybe someday there will be a trip to the Philippines.

“Transylvania? Is that a real place?” 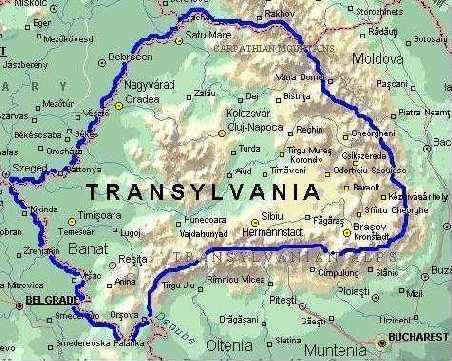 Mention Transylvania and most people respond, “Transylvania? Is that a real place?”
Oh yes! Transylvania exists—not a country, but a region of Romania 39,000 square miles
in area, or about the size of Ohio. In the north central area, where our partner village,
Abásfalva, lies, much of the land is green and rolling. There is much forest left. Cows and
sheep and goats graze in upland pastures; and corn and potatoes, melons, and the tastiest
tomatoes in the world grow well. Yet the farms are mostly subsistence farms, the people
are very poor, and the technology more typical of America a hundred years ago. Village
houses are heated with wood, and while there is a water faucet in most homes, indoor
toilets are still the exception.

The Carpathian Mountains and the Transylvanian Alps to the east and south set
Transylvania apart from the rest of Romania. It shares its western border with Hungary,
and for the two centuries before a World War I treaty gave it to Romania, Transylvania
was a part of Hungary. There is still a large Hungarian minority, especially in the villages
in Harghita County where Abásfalva lies, who identify themselves as Transylvanians, not
Romanians. Their first language is Hungarian. (Actually, the name we use for our
partner, “Abásfalva,” is the Hungarian name for the village. If you are addressing a letter
or looking for the village on a map, you must use its Romanian name, “Aldea.”)
A map showing the location of Abásfalva will be in very large scale! The
population of our partner village is less than 300, and the roads leading to it are unpaved.

What are the other villages and towns like near Abásfalva?

There are many villages scattered nearby, but the nearest town of any size is Odorheiu
Secuiesc (in Hungarian, Székelyudvarhely) —only ten miles away, but forty minutes by
car because of the very poor roads. There you will find stores and restaurants, modern
apartment buildings, medical care, the train and bus depots, and the high school.
Although they feel emotionally connected to their village, there is strong pressure on the
younger people to leave and find employment, education and a better life in towns and
cities like Udvarhely. In the few years we have been partners, we have seen the
Hungarian/Unitarian population of Abásfalva decline, leaving the Roma (“gypsy”)
population in the majority.

What lies in the future?

The Szekely Hymn so beloved by Transylvanians begins
Ki tudja merre, merre visz a végzet,
Göröngyös úton, sötét éjjelen…
This translates:
Who knows where, where fate leads? Rough road, dark night
It is not at all clear what Abásfalva’s future will bring. It is not Bedford’s
vision to “save” the struggling village; but as her partner, we have promised
to stand with her, not forsaking or forgetting her, wherever fate leads. A real
place? For us of the First Parish in Bedford, Transylvania is indeed real; the
important and precious home of our sisters and brothers.

From 2014-2019, First Parish was a sponsor of the Margaret Barr Memorial School. The school has about 50 students from pre-K through 7th grade in Lawsohtun, a suburb of Shillong in the Khasi Hills. Founded in 1982, the school gets some funding from the State of Meghalaya but was helped largely through our financial support. In 2015, two of our parishoners visited the school on a pilgrimage to the Khasi Hills.

Margaret Barr, for whom the school is named, was a Methodist born and raised in Yorkshire, England. She became a Unitarian in 1921 as a student in Girton College, Cambridge, after a friend invited her to a service. The sermon that day was a scholarly and appreciative explanation of Hinduism. Barr loved the Unitarian approach to other faiths…and she went on to become a minister herself.

While she was serving Rotherham Unitarian Church (1927-1933), she learned about the inidigenous Unitarians in the Khasi Hills of India and about their founder, Hajom Kissor Singh. After a visit to India, she knew she wanted to return. Several years later, she got a job at a girl’s school in Calcutta that paid for her move to India. Eventually, Margaret Barr made her way to the Khasi Hills, where conditions of illiteracy, poverty and ill health predominated. H.K. Singh had died and congregations were floundering. She opened a school and trianed teachers in Shillong. So that students didn’t have to leave home, she opened another school in Kharang, then opened a Dispensary, then finally made Kharang her permanent home. She opened schools in villages, then turned the schools over to the government. Maragaret Barr died in 1973.

Clearly, Margaret Barr headed the advice given to her by Gandhi, “Keep out of jail and find some constructive work to do.”

Scroll back to top